With 850 million speakers, Chinese is the world's most spoken language! China has a rich culture and its economic growth cannot be ignored. Foreign Voiceover.us has reviewed tens of male and female Mandarin Chinese voice-over actors, keeping only the best for you. Make your choice and give a professional dimension to your project. Delivered within 24 to 48 hours. 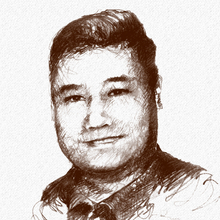 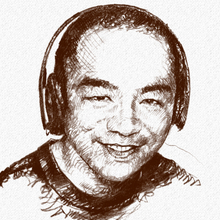 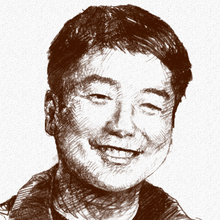 « A warm and soothing voice-over »

« A complicit and positive voice »

« A sparkling and energetic voice »

« A warm and soothing voice-over »

« A complicit and positive voice »

« A sparkling and energetic voice »

I was searching for three days for a Chinese Mandarin voice-over without success. I got lost on the casting sites and then I found Foreign Voiceover.us. In an instant I had access to a large choice of voices, and what's more, of a very high quality. Problem solved, all thanks to the team and their professionalism.

All the demos of our handpicked Mandarin Chinese voice-over artists 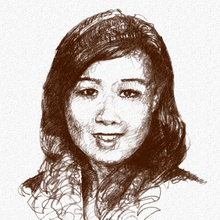 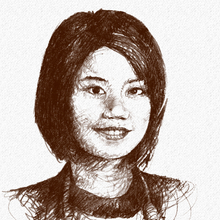 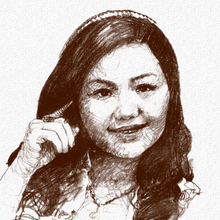 IN URGENT NEED OF A CHINESE VOICEOVER?

“Foreign Voiceover.us is offering you the best Mandarin Chinese voice overs, capable of making your next project take off. In fact, we offer a wide variety of native and unique voices from a range of countries so there’s a good chance we have what you’re looking for. Listen to the samples of our Chinese voice overs now!”

With a unique network of experienced professionals, our website is able to provide you with very high-quality voices. Foreign Voiceover.us has unparalleled experience in finding the best male and female Chinese voice overs. Step by step, our site will guide you in choosing your Mandarin voice over.

Rest assured, for we guarantee that all the male and female voice actors on our site record in their native tongues, thus eliminating the risk of having a bad accent for your Chinese localisation projects.

VOICE OVER CASTING WITH A DIFFERENCE

You’ll only find exceptional voices and professionals with solid experience at Foreign Voiceover.us. Unlike the majority of our competitors who let amateurs register on their site for a fee, our site is reserved for professionals in the field. Our casting agents have, after hours of listening, chosen the best voices for each language, so there’s no chance of you ending up with mediocre quality recordings, or voice actors who exaggerate their ability to speak a language. We are a site bringing experts together with professionals like yourself!

Go ahead and select the language you’re looking for from the drop-down menu on the top-right of our homepage. You’ll end up on the page dedicated to Chinese voiceover actors and actresses. Passing your mouse over our designer’s portraits of our actors will show you their age and their vocal range and tone. You can also use our in-house search tool to find the type of voice you’re after in an instant. We’ve designed our site to be clear and easy to use.

To make life easier, we’ve also developed our own search engine to allow you to find the voice you need for your project in just a few clicks. An explainer in French? You’re probably looking for an expert voice over in French, also known as ‘the language of Molière’. Or perhaps you’re working on a radio ad for a video game aimed at teenagers? Our effective tool will let you find the voice you’re looking for, for your target audience.

In the unlikely event that you’re unable to the right voice for your project, don’t hesitate to get in touch via telephone or email. We still have countless talented voice overs, some of whom will surely match your needs!

All of our Mandarin Chinese voice overs have the skills and experience to deliver high-quality recordings. Some of our actors have experience in the theatre of film industries, so they’re perfect for recording, performing and following your brief. What’s more, they always meet the deadlines set. Most of our Chinese voice actors have a professional studio accessible to them at all times, so your audio file will always be delivered on time.

A RARE APPROACH TO CHINESE VOICEOVERS

Our site takes an unrivalled approach, and unlike the vast majority of our competitors, we don’t ask for payment upfront. You only pay once you’ve received, and are perfectly satisfied with, the final product. You’re more than welcome to request a voice test to gain a more precise idea of the possible results before starting production.

Please don’t hesitate to get in touch if you’re unable to find the answer to a question you have. Our team are very responsive and will be more than happy to guide you through. Here at Foreign Voiceover.us, we do all we can to ensure complete satisfaction for our customers. We receive voice over requests for languages from all over the world every day, and we make a habit of caring for the particulars of each request.

When we think about the ‘Chinese language’, we’re usually thinking of standard Mandarin, which is the official language of the People’s Republic of China (PRC). The linguistic reality of China is actually quite complex since its inhabitants speak several regional languages, and those who speak Mandarin speak different versions. The language we know as ‘standard Mandarin’ is actually the version of Mandarin from Beijing, which was made the common, official language in 1956. Standard Mandarin is therefore taught throughout China, with the aim that the younger generations be able to understand it.

Chinese can seem a little daunting at first. It uses logograms, known as Chinese characters, instead of our Latin alphabet. It is believed that to read and write Chinese fluently, you need to master between 3,000 and 5,000 characters. And there are two versions of the characters; simplified and traditional.

Did you know that the English term ‘mandarin’ comes from the Portuguese word ‘mandarim’? This word evolved from the Malay word ‘mentari/mantari’, which in turn was borrowed from the Sanskrit word ‘mantrin’, meaning minister. The Chinese term 官話/官话 (guānhuà) literally means ‘language of the mandarins’ – The mandarins being the magistrates of the Empire. These days, the term guānhuà is considered an archaic term by Chinese speakers.

It is a common mistake to believe that Mandarin is the Beijing dialect. Whilst it’s true that the grammar and standard pronunciation of the taught language are based mainly on the Beijing dialect, the concept of standard Mandarin remains a rather vague concept, as it represents a set of languages created and imposed on the population, who are, in turn, asked to drop their regional pronunciation. The accent closest to the present-day Mandarin would be that of the Harbin region, previously part of the Manchu area. The native language of most people throughout the vast area stretching from Manchuria in north-eastern China to Yunnan in the southwest is Mandarin (in its general sense), however, these mother tongues all differ in pronunciation, vocabulary and sometimes even grammar, when compared to taught Mandarin.

Most of our Chinese voiceovers are actors and actresses you may have already seen or heard in various types of production: trailers, corporate videos, e-learning, television and radio advertisements or voice messages.