Are you searching for an English voice-over with a British accent? Male or female? You're in the right place! Our site has reviewed hundreds of voice-over actors and actresses who speak the language of Shakespeare and we've kept the best twelve male and female voice-overs especially for you. We are sure that you will find that special voice in our English voice-over casting. Delivered within 24 to 48 hours. Click here if you need a voice-over with an American accent.

« A persuasive and optimistic voice-over »

« A typical BBC voice with a powerful timbre »

« An actor with a clear and engaging voice »

« An assured and convincing voice »

« A distinguished and captivating voice »

« A persuasive and optimistic voice-over »

« A typical BBC voice with a powerful timbre »

« An actor with a clear and engaging voice »

« An assured and convincing voice »

« A distinguished and captivating voice »

I was looking for an English voice-over with a marked British accent because it's so important when you export to London and Foreign Voiceover.us separates the different accents so well, it's a MUST!

All the demos of our handpicked British English voice-over artists 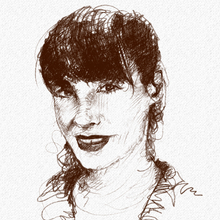 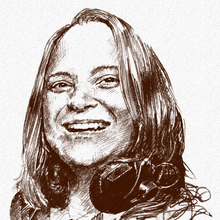 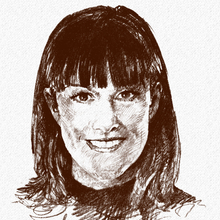 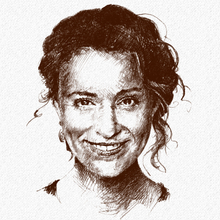 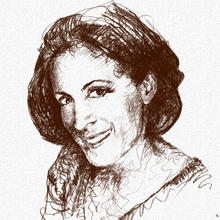 ARE YOU LOOKING FOR AN ENGLISH VOICEOVER FROM GREAT BRITAIN?

Are you in need of a British voiceover for your next UK television or radio advertising campaign? Or perhaps you’re producing an explainer video aimed at a client in London or Manchester? Look no further, for you’ve found what you’re looking for! After a gruelling selection process, Foreign Voiceover.us has chosen the best male and female English voiceovers who will bring the best out of your project! Don’t delay – make your selection and bring real added value to your project!

Foreign Voiceover.us has unmatched experience in finding the best male and female voiceovers in Shakespeare’s language. With a network of experienced professionals from across the United Kingdom, our site can offer you voices of unparalleled quality.

Our casting directors have brought together the best English voiceovers, just for you. You may also have a project needing an alternate language, such as Italian – then we’ll have the best Italian voiceovers for you. Or perhaps you’re working on a smartphone application for the Japanese market? If so, take a look at the page we’ve specially dedicated to voiceover artists from the Land of the Rising Sun, where we’re sure you’ll find an absolute gem! Our site is clear and practical and allows you to compare the variety of voices on offer in a flash, to find the one that’ll bring your project to life.

Rest assured, for we guarantee that all the English voice actors and actresses you’ll find on our site record in their native tongues, taking the stress out of your localisation requirements.

WE’RE OFFERING YOU OUR UNIQUE KNOW-HOW!

After observing and analysing the voiceover sites currently on the market, we identified a need for more clarity and simplicity. Whereas the vast majority of our competitors offer hundreds of voices for a single language, Foreign Voiceover.us has chosen to offer you the six best male and female voiceovers. You’ll find nothing but experienced professionals who are accustomed to recording studios on our site. The time you’ll save by avoiding the search for the perfect voice amongst a jungle of amateurs will be time better spent devoted to your project. Here at Foreign Voiceover.us, putting quality first and offering no less than the best English and British voiceovers is our motto!

OUR APPROACH TO ENGLISH VOICEOVERS

Are you in need of a specific language? Simply select it from the drop-down menu at the top of the page. This will take you to a dedicated page, where you’ll find the six male and six female voiceovers for that language. Thanks to the simple and user-friendly design of our site, all you need to do is pass your mouse over our voice actor’s portraits to see their key information, such as their age, vocal range and two characteristics of their vocal style.

By clicking on the actor’s portrait, you’ll find a video extract giving you the opportunity to hear their voice. This video will either be a vocal medley consisting of various extracts the voice actor has worked on in the past, or it’ll be of a single project which we believe demonstrates the full potential of their voice. Listening to this extract will give you a clear idea of what your next production could look like.

And you can listen to even more extracts by simply clicking on ‘+ examples’ just below the video, which will lead you to numerous clips covering all the vocal possibilities of the selected voiceover actor.

We have also developed, in the spirit of clarity, a search engine which will allow you to find the voice you need in just a few clicks. Working on a video game trailer? Then you’re probably looking for a voice capable of capturing a teenage audience. An explainer video for a women’s beauty product? Our practical tool will allow you to find the voice most in tune with your target audience.

If our site doesn’t turn up the perfect voice for your project, don’t hesitate to get in touch! We still have countless talented voiceovers, some of whom will surely match your needs!

WE’RE MUCH MORE THAN JUST A BRITISH VOICEOVER PROVIDER

Here at Foreign Voiceover.us we don’t just offer you a selection of talented professionals. Once you’ve chosen your voice, the recording will be done to the utmost quality whilst respecting your timescales. During the recording session, our sound engineers ensure optimal quality is achieved, and upon completion, they will provide you with a ready-to-use sound file.

Should you encounter a problem or find yourself dissatisfied in any way with the actor’s performance, such as with the pronunciation of a word, don’t worry as there’s no limit for returns to Foreign Voiceover.us. Your satisfaction is our priority. However, we don’t take many risks! More than 95% of our customers are satisfied with their initial recording.

Another speciality of ours is that, unlike the majority of our competitors, we don’t ask for payment upfront. You only pay once you’ve received and are perfectly satisfied with our product. You’re also more than welcome to request a voice test, to gain a more precise idea of the possible results before starting production.

In any case, if you’re unable to find the answer to a question you have, please don’t hesitate to contact us. Our team are very responsive and will be more than happy to guide you through.

ENGLISH IN THE 21ST CENTURY WORLD

English is a Germanic language, the closest living languages of which are the Frisian languages and the Scots language. It has nevertheless, on several occasions, undergone the influence of other Germanic languages such as Old Norse and of various Romance languages such as Latin and above all, French. We can notice Latin-Roman influences not only in lexical borrowings, such as the French expressions ‘déjà vu’ and ‘rendez-vous’ which are used in English, but also in very many words with Latin roots.

English is the de facto official language of the United Kingdom, Ireland and other islands of the British archipelago (Isle of Man and the Channel Islands) and is the mother tongue of all or part of the population. Depending on the case, it’s also the official language, or one of the official languages, of several countries wholly or partially originating from the former British colonies. The United States, Canada, Australia and New Zealand, which are united under the name of the ‘Anglosphere’ (despite no universal definition of this expression existing), also use English as their official language.

An estimated 460 million people worldwide speak and use English in their daily lives, a total exceeded only by Mandarin, whose speakers are almost all in China.

The English voiceovers that you’ll find on Foreign Voiceover.us are all of high quality and have lent their voices to a multitude of diverse and varied productions. Animation, explainer videos, or television and radio advertisements, our voices will bring the best out of your production, whatever form it may take. Come and be the first to take advantage of the work we’ve put into sourcing the best voiceovers for you.

ENGLISH VOICEOVER IN OTHER LANGUAGES

‘Voix off anglaise’ in French, or ‘Englische Sprecher’ in German, whatever language you speak, if you’re looking for THE English voiceover, we’re sure that you’ll find it here on Foreign Voiceover.us!