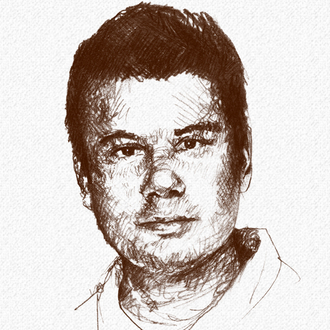 It was at a very early age that Azarias discovered he had a passion for working as a voice-over. So he then decided to make his voice his living. After having hosted various programmes on Greek radio, he recorded his first commercial at the age of 21. Two years later he moved up a gear and became a distinguished Greek voice-over lending his voice to major brands, both in Greece and internationally. E-learning, video games, corporate films, documentaries, he knows how to adapt his voice to your project. With his convincing voice Azarias will put all his talent at the service of the message you wish to transmit.

Don't hesitate any longer and select the voice of a experienced professional like Azarias P. to bring a real added-value to your message.

All the audio clips of Azarias P.

The audio clips of Azarias P. will soon be here but they are already available on demand

Contact us to receive a selection of mp3s from this voice-over.
We will do all we can to present you with mp3s and videos from Azarias P. as quickly as possible

A huge thank you to Azarias who really knew how to get what we wanted in our video - a top quality product in a record time. We warmly recommend him!