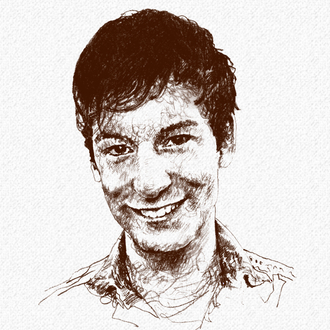 It was at the age of 17 that Blake discovered the work of the voice-over actor, when he accompanied a friend to a studio for a recording session. It was then that he decided to make it his job. After having hosted various radio programmes in England, he recorded his first radio commercials when he was 20. Three years later he arrived in London and become a respected professional lending his voice to the biggest British and international brands, as well as for e-learning videos and video games. With his energetic and convincing voice, Blake will give of all his talents to the message that you want to communicate to your target audience.

Don't hesitate any longer and select the voice of a experienced professional like Blake A. to bring a real added-value to your message.

All the audio clips of Blake A.

All the audio clips of Blake A. or British English voice-overs

Clips of Blake A.

A big thank you to Blake who really knew how to deliver what we were looking for. In short, quality work in a record time. We recommend him without hesitation!