The video game industry has far surpassed the film industry in terms of revenue. The budgets of AAA titles are now equivalent to Hollywood blockbusters. If the images used are mainly computer-generated images, the voices are real. Indeed, the human voice and the quality of the actors' play contributes greatly to the immersion of the player. That's why great care is given to the casting and localisation of British English voices for these productions. The British English voice-over actors presented on Foreign Voiceover.us all have many video games titles to their credit. Their playability and vocal flexibility will make your British English version a success. 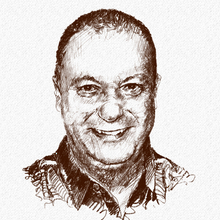